Chat with us, powered by LiveChat
Donate
Program Guide 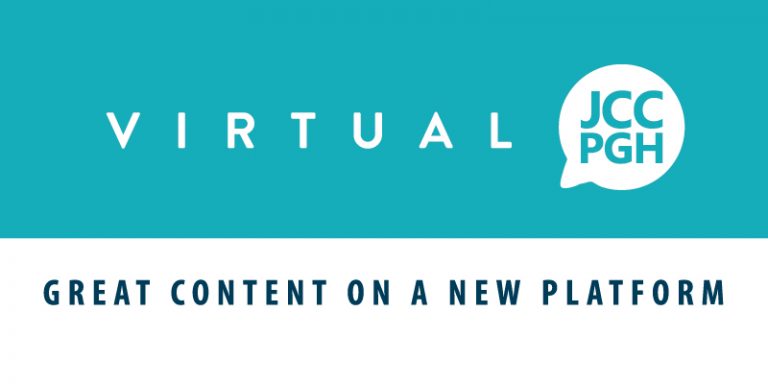 The K&M dancers are a group of dancers from the Jewish Community Center.
They train for about 3-4 hours a week in addition to their regular dance classes.
This dedicated group of young dancers entered two dance competitions this year.
“On Stage New York” and “Inferno Dance Competition”
This is the first time competing in two years due to the pandemic. Great job to all!

Summer jobs don't have to suck. When you're a counselor at the J, you get paid to have fun every day. You dig it? Apply today at bit.ly/35kpkMS.

RUTH SHERMAN SACKS: Age 100, born August 27, 1921. Beloved wife, sister, mother and grandmother passed from this life on Monday, May 16th. Ruth was beloved by her family and community for her immense strength and unconditional love. Her parents, Sarah and Isadore Sherman were both immigrants from the Ukraine. They had five children, four daughters and one son. Ruth was the first born. Ruth first lived in Brookline and then in Squirrel Hill for the remainder of her life. She graduated from Schenley High School and was continually active in the reunion committee. Ruth learned to type and take shorthand which she used at her first job at the Squirt Bottling Company. Ruth claimed she did everything there except squeeze the grapefruit.

After WW2 Ruth married James, "Jimmy", her beloved husband in 1947 until his death in 1989. Ruth gave birth to two daughters, Hilary in 1949 and Robin in 1957. When Robin turned 12 years old Ruth reentered the job market working for an OBGYN practice. Later, Ruth took a position as an Administrative assistant at the University of Pittsburgh Graduate School of Public Health. She worked there until she was 83 taking the bus or walking to work. Ruth enjoyed engaging with the faculty and students. After retiring she volunteered at the Carnegie Museum as a greeter until she was 88 years old. Ruth was actively involved with
Women's American ORT for many years. It was important to her to give back to her community and Jewish roots. Ruth enjoyed exercising at the JCC where she took aerobic exercise and Zumba up until her 90's.She was a life long lover of dance and enjoyed watching the Pirates and the golf tournaments. She is survived by her two daughters, Hilary Sacks Kennedy (Ross) and Robin Sacks Weinstein( Bob) and grandson, Justin Weinstein. Graveside Services and Interment Private.

Contributions may be made to the National Council of Jewish Women (NCJW) or ORT America. Arrangements entrusted to Ralph Schugar Chapel, Inc., family owned and operated. ... See MoreSee Less

Keep your eyes out for updates about the Barbell Mechanics class returning this summer! 👀 ... See MoreSee Less

Camp at the J is all sweet, no sour. 🍉 Whether you're a camper or a counselor, you're sure to have the best summer ever. Get big bucks for playing in the sun, and be a role model for your awesome campers. Apply today at bit.ly/35kpkMS.

JCC of Greater Pittsburgh is Open!

Let’s show our loving kindness to our neighbors in Buffalo

Yet again, a racially motivated mass shooting reminds us how precious life is and how interconnected we are to our neighbors across the region.  According to media reports, the manifesto...

At the JCC South Hills: The JCC is celebrating Older Adult Fitness May 23-27 and National Senior Health and Fitness Day: Wednesday, May 25 ALL WEEK Bring a Friend Group...

Join us for in-person and virtual fitness! Classes are for Members Only UPDATED MASK POLICY Effective March 1, 2022, The JCC eliminated the requirement of mask wearing indoors for individuals...

AgeWell at the JCC: J Cafe is Open!

For more info: J Cafe – Click HERE   Are you looking for a convenient place to have lunch? Come to the J Cafe at the JCC in Squirrel Hill for...

AgeWell at the JCC Presents VSA – Online Classes for Everyone!

How You Can Help

Please Help Sustain Our Important Work Even while managing unprecedented operational and financial issues resulting from the pandemic, the JCC is proud to provide and facilitate crucial, life-sustaining services and...

Healthy and Fit | Tip of the Week ...
read more

Why We Focus on Recovery

In our new Spotlight blog,  we will be highlighting some of our lovely JCC members, community, and their amazing stories. ...
read more
Go to Blog
Want to stay on top of events and programs at the JCC? Sign up for the newsletter!