Chat with us, powered by LiveChat
Donate
About

Fulfilling Our Mission for more than 120 Years

For more than 120 years, the JCC has enriched our community by creating an environment rooted in Jewish values that strengthens the physical, intellectual and spiritual well-being of individuals and families.

The JCC is a beneficiary agency of the Jewish Federation of Greater Pittsburgh, United Way of Southwestern PA and Jewish Healthcare Foundation. 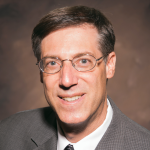 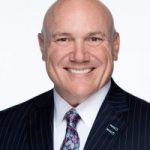 William Goodman, Chair of the Board 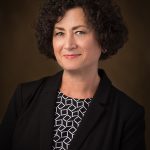 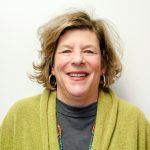 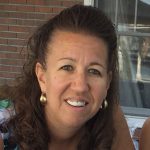 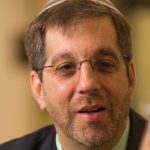 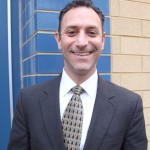 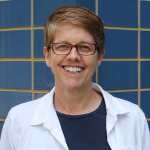 Read more about our Mission Statement

The JCC provides a gateway to experience the richness of Jewish tradition and community.

The JCC is a place where Jews are welcome no matter where or whether they worship, whatever their age or life style.

We see value and potential in people associating with each other in a warm, supportive environment.

We foster meaningful connections to the land and people of Israel and the Jewish community worldwide.

Following the tradition of Abraham, we welcome individuals of all backgrounds, embracing their uniqueness and diversity under our communal tent.

We maximize accessibility of services for people of all means and abilities.

JCC Values are an expression of who we are and what we aspire to. In this fast-changing, complicated world, our values are enduring.

Kavod/Respect: Kavod speaks to how we treat others and comport ourselves—with honor, respect and dignity.

Chesed/Kindness: “Kindness is the overflowing of one’s self into the lives of others” —Anonymous Our sages teach that one of the three pillars upon which the world is sustained is kindness. The term gemilut chasadim, which literally means “the giving of loving-kindness,” is an act that an individual completes without the anticipation of receiving something in return. Chesed is “paying forward” in its truest sense.

Tikkun Middot/Character Tikkun Middot is specific to Character —our own as well as how we help build character, especially in our youngest participants. Tikkun Middot may be measured by attributes including humility, courage, peace in the home, guarding one’s speech and gracious hospitality.

Kehillah/Community: What we build every day at the JCC.

At the turn of the 20th century, thousands of Jews immigrated from Eastern Europe to Pittsburgh. Responding to the growing needs of this population, the Council of Jewish Women founded the Columbian School and Settlement. It opened in 1895 in Pittsburgh’s Hill District, a predominantly Jewish neighborhood at the time.

The Settlement had a summer play school, a reading room, free baths, and classes in English and citizenship.

In 1909, Mr. and Mrs. Henry Kaufmann donated a building, equipment and money, as a memorial to their daughter, Irene, and the agency then became known as the Irene Kaufmann Settlement. IKS, as it was called, helped immigrants adjust to their lives in America. The staff trained them to work and helped them to find jobs. Children and families benefited from new playgrounds, a “Milk Well” program to purchase affordable milk, a “Better Baby” healthcare clinic, and a place to “escape” during the summers called Emma Farm, now known as Emma Kaufmann Camp.

The IKS also created the Pittsburgh Visiting Nurses Association so that immigrants could have medical care at the Settlement. Immigrants also enjoyed venues for recreational pursuits, including a gymnasium, swimming pool, library, club room, and a school of music, theater and art.

In 1939, the Settlement wrote a mission statement called “The Special Purpose of the Irene Kaufmann Settlement,” which included as its primary objective the advancement of “the civic, intellectual, and social welfare of the surrounding community. [The Settlement] aims to do this, first, by guiding native and foreign-born to American ideals; second, by encouraging self-improvement; third, by stimulating healthy pleasures; fourth, by broadening civic interests; fifth, by creating ideals of conduct.”

While our name has changed, those core goals and values still exist at today’s Jewish Community Center of Greater Pittsburgh. We continue to welcome everyone, offering arts and culture, English as a second language, preschool, summer camps, sports and athletics, programming for older adults, and many other programs for all ages and interests. The JCC continues to foster the same growth and advancement of its members as it did more than 120 years ago.

The Columbian School and Settlement is begun by the Kaufmann Family and the Council of Jewish Women of Pittsburgh on Miller Street in the Hill District.

The Columbian School and Settlement accepts gift from Mr. and Mrs. Henry Kaufmann of a new building as a memorial to their daughter, Irene. The agency is renamed the Irene Kaufmann Settlement, affectionately known as the IKS.

Young Men’s Hebrew Association is organized in in the game room of the Tree of Life Synagogue in downtown Pittsburgh; young women quickly form a parallel social organization, the YWHA. The two groups merge to form the YM & WHA, known as the Y.

Emma Farm Association moves to Harmony, PA, where camp is held for the next 50 years.

Irene Kaufmann Settlement moves out of the Hill District. In 1969, the site on Centre Avenue is deeded to Hill House Association.

Construction begins on the Irene Kaufmann Building at 5738 Forbes Avenue in Squirrel Hill. The building opens in 1959.

Dedication of East End Y-IKC at Stanton and South Negley Avenues. The facility is sold in 1973.

Emma Kaufmann Camp moves to its current location on Cheat Lake near Morgantown, WV, on the site of former Camp Lynnwood.

Y-IKC adopts the name of Jewish Community Center of Pittsburgh.

The Irene Kaufmann Building in Squirrel Hill undergoes a 10,000 square-foot expansion. The expanded facility is dedicated in 1980.

YM&WHA facility on Bellefield Avenue is sold to the University of Pittsburgh.

Irene Kaufmann Building in Squirrel Hill is razed to make way for construction of a new, 100,000 square-foot facility, nearly double the size of the previous building.

November 1987 through April 1988; phased opening of the new Irene Kaufmann Building of the Jewish Community Center of Pittsburgh.

South Hills Branch concept adopted by the JCC Board; arrangements made for temporary operation at the Ward School in Mt. Lebanon

Ground is broken in June for the new Henry Kaufmann Building in Scott Township, South Hills. The new Alex and Leona Robinson Building on Darlington Road in Squirrel Hill is dedicated in September as part of the community’s Renaissance campaign.

The new Leatrice and John M. Wolf Centerfit, a multi-million dollar renovation and expansion of the Squirrel Hill fitness areas, opens, greatly improving fitness and wellness opportunities for all members. An expansion of the JCC-South Hills fitness facilities was completed in 2006.

The Rauh Jewish Archives of the Senator John Heinz History Center website, A Tradition of Giving: The History of Jewish Philanthropy in Pittsburgh , traces the development of social services in the Pittsburgh Jewish community. The website uses archival documents, photographs and oral histories from the archival collections of institutions including the JCC, synagogues, organizations and families to tell the story of how the Pittsburgh Jewish community responded to the needs of Jews in Pittsburgh and beyond. The site has many references to the JCC and the institutions that preceded it, including the following:

The JCC’s Audited Financial Report is available upon request. Please email Membership to request the report.

We are still dreaming. Let's ensure every person is counted

"I have a dream that my four little children will one day live in a nation where they will not be judged by the color of their skin bu...
read more

Behavior experts say that it takes about 1 month to form new habits, and many people try to create (or break) habits at the start of each year. With t...
read more

Although I have only been in Pittsburgh for two years, I have come to identify with and take pride in being a Pittsburgher. When I first arrived in Pi...
read more

A Chanukah Greeting: "Be the Shamash"

As we celebrate the 8 nights of Chanukah, also known as the Festival of Lights, we usually like to consider the meaning of this holiday. There are a l...
read more
Go to Blog