Home » Blog » Community Spotlight » CreativeMornings: Breakfast of Creatives, in the town of Champions

CreativeMornings: Breakfast of Creatives, in the town of Champions

Our Pittsburgh community is full of creative minds. The CreativeMornings monthly lecture series, a short talk and breakfast that’s free and open to all, offers a chance for us to share ideas.

This month’s CreativeMornings theme is Time and the December event was held at the Hill House, which formerly was home of the JCC. The name Irene Kaufmann Settlement is visibly inscribed on the facade.

It was my first time visiting this beautiful structure, which recently was remodeled. With the JCC celebrating its 120th anniversary this year and the CreativeMornings theme about Time, I’ve been thinking about the JCC in its early years, and all the creativity and dynamism that has fueled its continuing evolution. 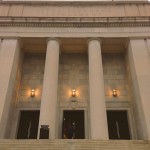 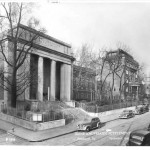 CreativeMornings in Pittsburgh is one of 130 chapters of the organization around the world. This is how it works:

Next month’s speaker hasn’t been announced yet, but you can check out the website and videos of previous speakers. I look forward to seeing you at the the next event!

I distinctly remember two phone calls my wife and I received shortly before 10 a.m. that day. “Are you in shul? The street is blocked by police cars...
read more

Sleep is as important to our health as eating, drinking and breathing. Maggie Feinstein, LPC, Director of the the 10.27 Healing Partnership, Pitts...
read more

7 Things for Kids and Families to do at the JCC

To be honest, there are many, many more things for kids of all ages to do at the JCC! We just wanted to highlight a few things you may not have known....
read more

Jason's Journey: Overweight and Overcoming It!