Countdown to our 10th Big Night

If our past Big Night events have anything to tell us about what to expect at our special 10th anniversary Big Night on April 2, it’s that you never know what you’ll encounter when you arrive.

You might be greeted by hippie protesters (2011: Peace, Love and the IKCs) and when you walk in the door, get stared down by Men in Black (2010: Party with the Presidents). 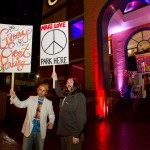 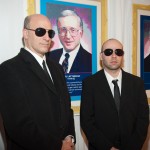 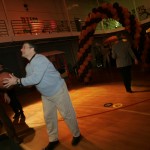 You could end up shooting baskets with the big boys (2007: March Madness at the JCC) or warming your hands by the fire (2008: EKC’s Big Night). Sometimes you have to forage for food in the jungle (2015: Big Night and the Hidden Gems of the JCC) or head upstreet (2014: Game On) but don’t worry, there’s always plenty to eat. 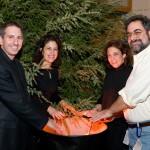 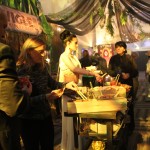 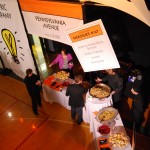 The music is great at our JCC Big Night. We’ve had surprise appearances by Bruce Springsteen (2013:Time of Our Lives) and Lady GaGa (2012: All Aboard JCC’s Love Boat), and it got real when we grooved to Rusted Root. 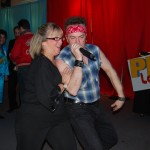 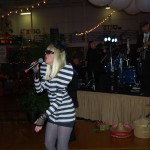 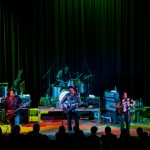 The dancing never stops: From show stoppers (2009: Showtime), stomping to African drumming and belly dancing in the mists of the Grand Bazaar, to get-down partying and singalongs with Madonna. 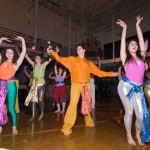 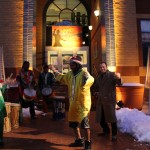 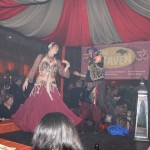 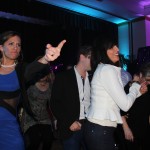 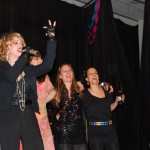 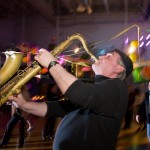 When the party is over, you know you’ll end up back home, snug in bed. But you may not have been expecting to lounge in bed while at Big Night, like 2015 event co-chairs Billy and Erica Goodman did.

They were lucky to avoid jail, unlike our fearless leaders Brian Schreiber and Rachel Marcus, whose friends had to bail them out by purchasing Get Out of Jail Free cards. 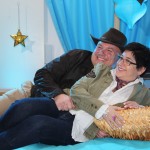 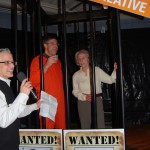 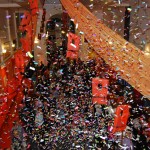 So what will we come up with next? Be sure to find out when you walk through the doors on April 2!