Chat with us, powered by LiveChat
Donate
Jane Haskell: Drawing in Light 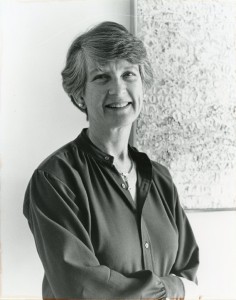 Drawing In Light surveys Jane Haskell’s (1923–2013) artistic scope and focuses on work in which the emphasis on light is key. The exhibition—the first in-depth examination of her work—includes approximately 30 light sculptures, paintings and drawings.

Jane Haskell’s Modernism: A Pittsburgh Legacy on view at Carnegie Museum of Art

Written by Vicky A. Clark and Melissa Hiller

This visually stunning publication, Jane Haskell: Drawing In Light, surveys Haskell’s career. Originally from New York, Jane Haskell (1923-2013) was an artist and a philanthropist who made Pittsburgh her home for nearly fifty years. Authors Vicky A. Clark and Melissa Hiller focus their insightful examination on Haskell’s sculpture, painting and drawing in which the emphasis on light is key.

Drawing In Light is the first-ever in depth examination of Haskell’s work and includes an introduction by her longtime friend and colleague Richard Armstrong, a biographical sketch by American Jewish Museum Director Melissa Hiller, and an essay by Hiller and art historian Vicky A. Clark, PhD. Their essay covers substantial ground about Haskell’s work, her sensibilities and influences, and her position within the schema of twentieth-century art and artists. Observations by Haskell’s friends, family and colleagues add a personal dimension. The honest, perceptive comments about who she was and what she stood for contextualize this iconic and beloved artworld figure.

Jane Haskell was an influential presence in Pittsburgh for more than 40 years. Her own artwork, as well as the objects she collected and commissioned for her home, reveal her particular take on Modernism and abiding interest in experimentation with color, line, light, and form. As a board member and donor, Haskell helped Carnegie Museum of Art (CMOA) collect more than 50 works that reflect crucial international developments in abstract art over the course of the 20th century, including pieces by Kazimir Malevich, Vassily Kandinsky, Carlo Carrà, El Lissitzky, Pablo Picasso, Frank Stella, Eva Hesse, Richard Long, and Dan Flavin. Jane Haskell’s Modernism presents these important works, as well as drawings of and objects from Haskell’s residence designed by Pittsburgh-based architect Herbert Seigle. Framing Haskell’s art practice through the lens of artists she admired, the exhibition also illuminates her tremendous impact within the city’s art community, and especially, at the Carnegie Museum of Art.

I Need Shabbat This Week

Passover is All About Time Travel

Each and every year when we pull our wine stained haggadot off of the shelf and place them on our beautifully set Passover tables, we have tw...
read more

Tu B'Shevat - How can we celebrate nature and Israel in the cold of winter?

In Israel, another new year will soon be celebrated. Tu B'Shevat, the "New Year of the Trees," is observed on the fifteenth day of the Hebrew month of...
read more
Go to Blog